The Muddled waters of Discrimination 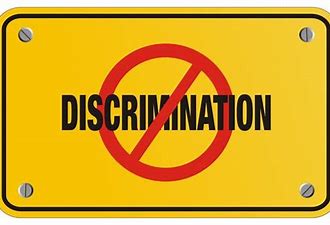 Discrimination quite the buzzword found all over. At first sight rightfully so. However, some study on the topic reveals that the idea of discrimination is clearly not understood by society in general. This is cause for much confusion; it does more harm than good. This blog attempts to help clarify some misunderstandings, wade through its use, and give tips on how to discriminate.

We, the authors of this document, are quite aware of how raw victims of discrimination can feel. We abhor people being abused, bullied, stigmatized, or set apart as odd, inferior, superior or deragatorized. As a matter of fact, that is why we decided to do more research on this complex and sensitive topic. We, the writers, are of different backgrounds and have enough first-hand experience to comprehend discrimination. All of us are or have been part of minority groups all our lives in a majority society that frowns upon them. And yet, we have found ways of coping with it in a healthy way that does not destroy our lives; rather, we are proud of our heritage and identity.

Having said that, we acknowledge that there is no way any of us can fathom the pain discrimination can cause for some. We all experience it differently. Moreover, discrimination is a complex matter to tackle – far more complex than we make it seem in our daily parlor.

Depending on the field of study, there are different ways to describe discrimination. Legal terminology, for example, would look at it differently than religions, or than social scientist,s or even than the man in the street. Here are a couple of examples.

Let us start by a description in United States law:

Discrimination is “the grant by statute of particular privileges to a class arbitrarily designated from a sizable number of persons, where no reasonable distinction exists between the favored and disfavored classes. Federal laws, supplemented by court decisions, prohibit discrimination in such areas as employment, housing, voting rights, education, and access to public facilities. They also proscribe discrimination on the basis of race, age, sex, nationality, disability, or religion. In addition, state and local laws can prohibit discrimination in these areas and in others not covered by federal laws.”

In the terminology of the United Nations Charter on Human Rights, discrimination is focused on “Equality and Non-discrimination and the rule of law”. Equality is often misunderstood to mean that all people are equal. However, in reality it recognizes that no person is equal to another, as each individual is unique. At the same time people are all to be treated fairly and equally under the law; meaning, all individuals must have equal basic human rights. Nno person is above the law, and all are protected equally by the law. The law makes no discrimination / distinction as to who stands before her to be judged.

But discrimination is not just a matter of the judiciary. It is part and parcel of each person’s life. We all discriminate! Those of us who feel they do not, most likely misunderstand the meaning of the word.

On one Website we find a well written explanation of the actual meaning of discrimination. It says:

“In plain English, to “discriminate” means to distinguish, single out, or make a distinction. In everyday life, when faced with more than one option, we discriminate in arriving at almost every decision we make. But in the context of civil rights law, unlawful discrimination refers to unfair or unequal treatment of an individual (or group) based on certain characteristics, including:

At the same time, these above categories are only the “legal elements” of discrimination. But others, too, can be mentioned: discrimination based on appearance, size, weight, health, the clothes people wear, tattoos, smoking habits, disbelief in the divine (not a religion), accent, supposed intelligence, willingness to perform better than the group average, financial status, and much more. Frankly, one might even discriminate on the basis of liking a person or not, or based on statements that person has made in the past. Even discrimination based on what people say about a person, is a form of discrimination. In short, anybody that stands out in a crowd is liable to experience some form of discrimination. And we all participate in doing it. And in many cultures discrimination is actually used to keep the social order. Think of the use of class systems, whereby a persons merit is based not on his competence, but on his family background, financial status, or leadership position. In most cultures these class systems cause that “authority trumps truth”, meaning it is not what a person says that counts, but who says it.

Notice, too, how notion of discrimination is a neutral concept by nature, to be used without judgmental value as to whether discrimination is done well or badly. The word “discriminate” in the purest sense of the word, means “to distinguish” or “recognize difference between one thing and another”. It is the art of making a call, or a judgment. Discrimination, therefore, can be used wisely, or immorally. And most of the time it is the culture that dominates the decision on how it is done either way.

Discrimination could actually be positive, well meant, even needed. Discrimination is (hopefully) done when seeking out a partner for marriage. It is used by teachers who single out a student with a disability in order to give special attention and treatment. We praise parents who distinguish the treatment of each child and treat him or her as special, tailoring to specific limitations, needs and talents. Moreover, humans actually want people to use discrimination on behalf of them, so long as the discrimination is meant positively. Many want to stand out in a crowd. Our dress code is an expressium of this. Rich people tend to show off their wealth with their special car, and where they buy their house. Luxury is not just meant for comfort. The fashion and entertainment industry relies heavily upon human’s apparent basics of needs – this form of positive discrimination. We do not want to be discriminated against, but discriminated for. That, too, is discrimination.

And interestingly enough, victims often claim that their judgment against the perpetrator is not a form of discrimination, Victims cannot discriminate, so they say.

And to make it a bit more complicated, there are two sides of the discrimination coin. The discriminator feels he has plausible reasons for doing so. And the discriminated person, too, can find all sorts of reasons to justify his/her anger. Which of the two is justified? If we were the judge between one and the other, would we always judge against the discriminator? If so, that would be a form of unfair discrimination. Here are a few examples of how difficult it is to make a just call.

For those of us who live in Europe we are horrified at the scenes of thousands of refugees from Africa, Syria, Afghanistan, and elsewhere, at the Greek island of Lesbos or the Bosnian Refugee camps. We watch how they live with no privacy, proper heating, with bad sanitation, badly nourished, no freedom to get out, no outlook on a bright future. These people have fled scenarios none of us would like to live in. Both camps, containing tens of thousands of people, have been raised to the ground by fire. Consecutively they were forced to roam the streets, sleeping in the open air, with no more possessions than they can carry. Even in winter, these people had no coats, and walked bare for through the snow. Many fled into the words to find some form of primitive protection under the trees. Very few of us would not have a deep sense of pity for them. But we, Europeans, leave it up to the local governments and the European Union to fix it. And Europe is not really fixing it, because there are treaties regarding who is responsible for the matter. Local governments, too, are overwhelmed, and in all cases structural corruption hinders aid. There are entanglements of very complex political and financial debates. And so, we, European citizens, leave it at that. From the point of view of the refugees, however, there is a different description of the situation. They are victims. They feel discriminated against – by the Greek and Bosnian authorities, by the Italians, by us, Europeans! Do we, Europeans, feel that description is justified? We can come up with all sorts of reasons why we feel we do not discriminate. And yet, we, in the eyes of the refugees, are the perpetrators. And this is just one example of the complexity of discrimination in Europe. Practically all minority groups feel discriminated against. Think of the Roma, the religious, members of the LBTQ community. In East Europe, in particular, it is the Africans and Muslims.

Here is another example. For those of us who live in the United States, we, too, must ask questions as to our status of discrimination. Are we justified in making distinction between Caucasians, African Americans, Latino’s, Native Americans, legal aliens, illegals, Pakistani, Irish, Italians, Polish, Muslims, Southern Baptists, Mormons, Jehovah Witnesses, conservatives, libertarians, atheists, gun-owners, those who live “across the track” and those who live on “Hollywood Blvd.”? Is there good cause for us to distinguish between any of them? And if not, why do we do so? And what are the social costs for doing so? To what extent have we adopted the narrative of the group we belong to, or paid the price to think it through and get to know people of the groups we put aside?

For those of us who live in Africa, to what extent do we discriminate against some groups or individuals, even within our own race? Think of deformed or albino children, or those of a different tribe. Does religion play a part in it? How do we feel about white and chinese people in Africa? Do we treat them equally to ourselves? Or can we hate them without discriminating them, just because their ancestors abused our ancestors?

You see, discrimination is a very complex issue. Even if discrimination seems justified, the matter is entangled with history. Our own culture blinds us into beleving that discriminating against certain people and groups is justified. Much of it is complicated by political issues. And lest we forget, our own emotions, too are at play here. One of our upcoming blogs tackles this issue in more detail.

In short, we all do it. We do not like it when it is done against us. We crave special attention. We love be treated special. And most likely we feel that we, ourselves, and notbody else, is the expert on its appropriate use.

“Discrimination: to be used with caution”